As you know by now, because your overall health and safety is our utmost priority, we are closely following every safety and infection control procedure recommended by the ADA and CDC. However, going way beyond these recommendations, in July we installed 2 Jade Surgically Clean Air Filtration Systems. Our office size would require only one Jade unit to kill viruses and bacteria 6 times an hour, but we are so committed to you that we have installed 2 units, one in front of each dental chair. You can be assured that our air is always the safest because we leave the systems on 24/7.


The Jade is patented and industry-leading and is the only air purification system that incorporates 6 different technologies which include, Hydroxl, UV and electronic cell catalytics, and Hepa-RX. The Jade is measured and peer-reviewed to eliminate viruses less than 0.1 microns (the corona virus is measured at .125 microns) and is tested globally with over 70,000 units installed worldwide.

With our warmest wishes for your health and safety, we look forward to seeing you soon and continuing to keep you as healthy as possible.

Can Exercise Improve the Symptoms of Sleep Apnea? 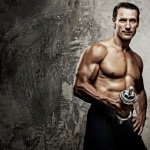 Could the solution to sleep disordered breathing be as simple as a daily jog? A recent study indicates that regular exercise could help reduce the occurrence of sleep apnea symptoms. Here, Dr. Michael Cortese of Princeton Prosthodontics explains more.

What One Study Found

A team of researchers was interested in finding a suitable alternative to traditional bulky CPAP machines for sleep apnea therapy. They set out to find lifestyle habits that could potentially reduce the symptoms of sleep apnea.

The researchers looked at data from eight studies of people with obstructive sleep apnea that lasted anywhere from two to six months. They compared those who exercised with those that did not exercise. Exercise included walking, running on a treadmill, riding a stationary bike and doing strength training two to seven days per week.

The team found that sleep apnea symptoms improved among the group of exercisers. These individuals reported better sleep and less daytime drowsiness. Based on a standardized scale of the frequency of their breathing interruptions, it appeared that the exercisers’ sleep apnea became less severe.

The study, which was published in the Respiratory Medicine journal, did not conclude the type, duration or frequency of exercise that would most benefit individuals suffering from sleep apnea.

Dr. Cortese recommends regular exercise as part of a healthy lifestyle. However, individuals with sleep apnea may be interested in another convenient and effective solution to the disorder.

Another Solution for Sleep Apnea

Sleep apnea occurs when the airway collapses during sleep, causing breathing to stop and then re-start. This can occur hundreds of times per night. A traditional CPAP machine is designed to keep the airway clear and prevent the cessation of breath; however, many people find CPAP machines to be clunky, uncomfortable or inconvenient. As an alternative, Dr. Cortese offers customized oral appliances that hold the airway open. These appliances are about the size of a small mouthguard, so they are well tolerated and extremely effective.

To learn more about how Dr. Cortese can treat sleep apnea, please contact Princeton Prosthodontics and request a consultation. Call (609) 552-0800 or email us today.

Melanie F. I visited Dr. Cortese in July 2019 because of painful jaw and neck pain. It hurt to smile and to turn my neck when I was driving. I was miserable. Dr. Cortese did an extensive evaluation of my symptoms and formed a plan that included a daytime and nighttime appliance. As of today, December 2019 I feel so much better. Within a few weeks of wearing the appliances I felt tremendous relief of my symptoms. Any time I had a concern they were addressed within the same day of the doctor and his staff. You will be in good hands at this office! Thanks for making me feel better!
Originally posted on 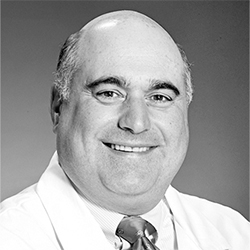 Dr. Michael Cortese is a leading and highly sought-after Maxillofacial Prosthodontist. He one of only 350 accredited Maxillofacial Prosthodontists worldwide. Having completed his education at the University of Notre Dame and Farleigh Dickinson University School of Dentistry, he received his Certificate in Maxillofacial Prosthetics and Dental Oncology from the University of Texas Health Science Center M.D. Anderson Hospital and Tumor Institute. He has over three and a half decades of experience and constantly focuses on ensuring that patients have a healthy and beautiful smile. Dr. Cortese takes pride in providing his patients with customized treatments using modern equipment and techniques. He sincerely believes in thoroughly understanding your concerns and requirements to ensure your comfort and satisfaction throughout the course of any treatment or procedure.